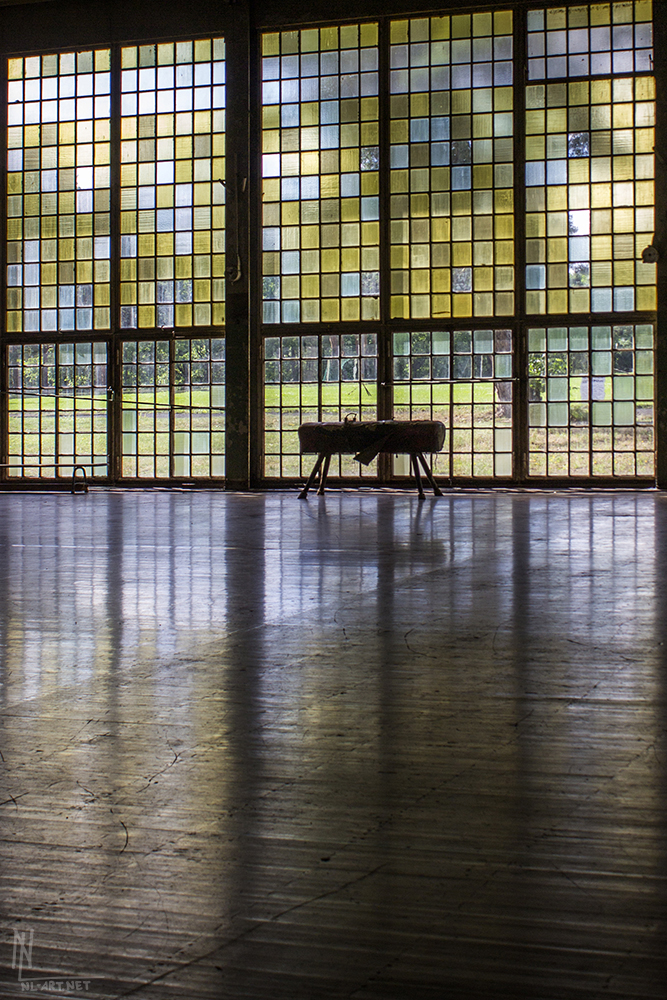 Last weekend friends and I had a guided photo tour through the former Olympisches Dorf (Olympic village) in Berlin. In 1936 the summer Olympic Games took place in  Berlin and for the participating athletes they build a village for practicing, relaxing and sleeping. The village housed only male athletes, female athletes were placed close to the Olympic Stadium (Olympiastadion Berlin). It had all the necessary facilities needed for athletes prepare for the contests, everything was very modern and grande. It was also very international and no one would have guessed what Hitler planned even during that time. The whole village was designed for the later purpose of a hospital. Most buildings constructed solely for the Olympics stand empty now or are useles. They planned ahead with the Olympic Village in Berlin. If WWII didn’t happen it would have been a great area for a hospital.

After WWII the Russians occupied and used it, unfortunately like with so many other buildings they run the whole complex down. Most of the buildings for housing the athletes had to be demolished.

Because the Olympics are in Rio currently there are a lot of documentation about the Olympic village in Berlin. We planned our tour not realising it was during the Games in Rio, lucky us 😉

The village is quite big and one can visit it and walk around the area, it is also possible to book tours through the buildings. We booked a photo tour and our guide toled us if we don’t want to rush we won’t be able to see everything. He was right, we have to go again.

Information about the village and tours can be found here: Olympisches Dorf

Our first stop was the gym, where the athletes practiced. The glass front held doors that enabled the athletes to reach the sports field easily. On the area was another gym. The sports field was surrounded by a cinder track for hurdle race and had a site for long jumps and other sports.

The swimming pool could be easily accessed through the glass doors. Before the athletes passed the doors they could use a foot bath to clean their feet from sand. The building accommodated also a room for massages, hair styling and a very famous Finnish sauna. The sauna was later used by the Russians too, only they used wood charcoal that smoked a lot, combined with the humid air doors and walls turned black.

The most successful athlete during the Olympics 1936 was Jesse Owens, he won four gold medals. The house he stayed in is restored and now a museum. You can have a look around and see how the athletes lived during the Games.

The huge building was called “Speisehaus der Nationen” (Porterhouse of the Nations). it had 40 dining halls with their own kitchen, so that each nation had their own kitchen. It was cleverly build and planned for the later use of a hospital. The elevators were especially large, not that a bunch of athletes would fit in, but that two hospital beds would in. The terraces where they ate and the doors were also planned for hospital beds.

Here the athletes were entertained with film and music shows.

After they run down the athletes buildings they had to build new houses for the soldiers. Nature is taking back the space now.